“ChatOps” is a term widely credited to GitHub, referring to the practice of performing operations by typing commands in chat messaging applications.

While GitHub Actions has many ways to trigger workflows based on events that occur in a repository, it doesn’t have a particularly straightforward way to manually trigger a workflow.

You can trigger workflows manually by configuring them to listen for the repository_dispatch event, and then sending a call to the GitHub API. I found myself using this method a lot to test actions I was developing. The main problem with this was the awkwardness of calling the API using curl.

Another way to trigger workflows is to configure a workflow on the issue_comment event and parse slash commands from the comments. However, in repositories with a lot of activity, the workflow queue gets backed up very quickly trying to handle new issue_comment events and process the commands themselves.

I wanted to develop something that was a combination of these two methods.

The action runs in issue_comment event workflows and checks comments for slash commands. When a valid command is found it creates a repository dispatch event that includes a payload containing full details of the command and its context. 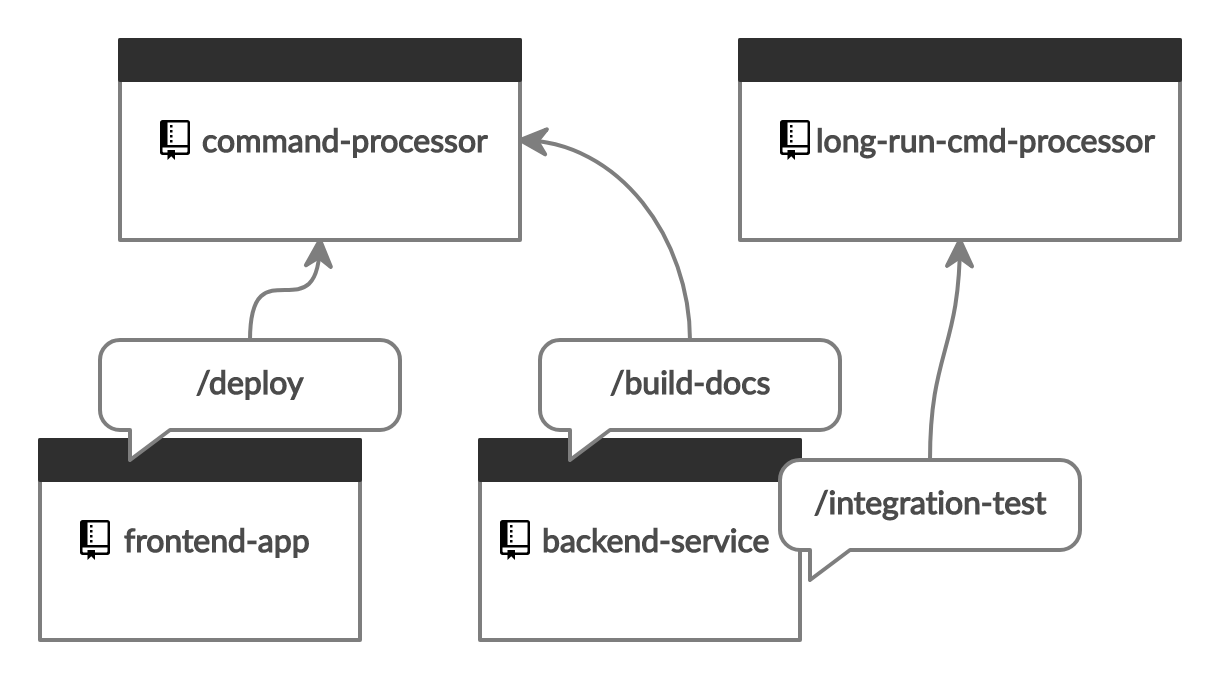 See the demos section of the slash-command-dispatch README for a number of live demos.

Follow this guide to get started with a working /example command.

Command processing setup is complete! Now we need to setup command dispatch for our /example command.

Once the command completes you should see all three reactions on your comment.

Now you can start to tweak the command and make it do something useful!